There are perhaps 4,500 species of parasitic woody plants, and mistletoes (~1,500 species) are unique among these for their chosen microhabitat on the host; mistletoes attach in the canopy, rather than the roots. This evolutionary innovation likely gives aerial mistletoes several advantages over plants on the forest floor, including access to light, escape from some natural enemies, and in some circumstances, increased access to water. Canopy life is pretty sweet.

Canopy life is so great that mistletoes have evolved independently from root parasite ancestors five times. These leaps into the canopy all happened 55-75 million years ago, according to the most recent estimates. But this presents a berry sticky problem: if the animal-dispersed mistletoes evolved 55-75 million years ago, they appeared long before the songbirds that currently eat and disperse their seeds. Mistletoes haven’t evolved wings or legs (yet), so how did they get into the canopy?

It may be that different birds dispersed mistletoe seeds 55-75 million years ago. But Watson (2020) thinks this is unlikely. Instead, Watson (2020) suggests that mistletoes were dispersed by tree-climbing marsupials, like the colocolo opossum (Dromiciops gliroides), which still eats mistletoes in South America today.

Now, I know this post is supposed to be about mistletoes, but do you know what a colocolo opossum looks like? Google it. It’s freaking adorable! Why isn’t this little seed disperser on every Christmas card? Hallmark, call me.

Though birds might not have assisted the mistletoes’ assents to the canopy, birds did play a role in subsequent mistletoe diversification; as songbirds radiated, so too did mistletoes, many of which are now pollinated and dispersed by many bird species. There are more details left to be worked out before we understand how the ~1,500 mistletoe species evolved, and considering bird and marsupial dispersers might help piece together this puzzle. Watson (2020) suggests that we could learn more about mistletoe evolution by considering the functional traits of the different species; sticky green berries are likely to be stuck in marsupial fur and later groomed off, colorful berries are likely to be consumed, etc.

As I’ve explained via poem in a previous post, mistletoes are keystone species in forests, providing habitat and food for many species. ‘Tis the season to give and be berry merry.

Happy Holidays, Everyone! I already spread some parasite love this season by giving Parasite Rex and a mistletoe ornament as a white elephant gift, but I feel like I have even more to give. So here’s my first and best take on a parasite ecology Christmas carol. You can click through the links to learn more about each system, should you so choose.

On the 12th day of Parasite Ecology Christmas, my true love sent to me: 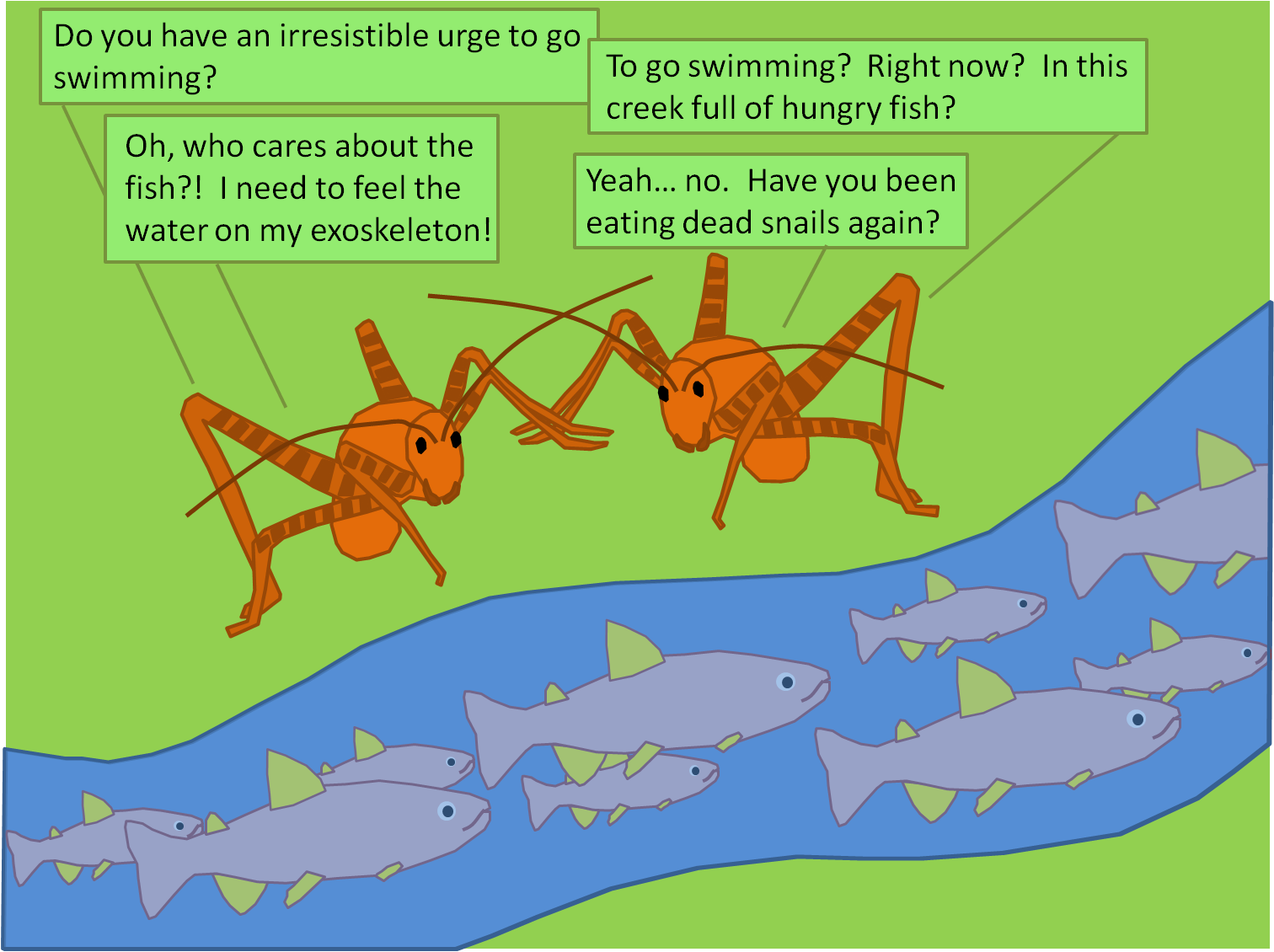 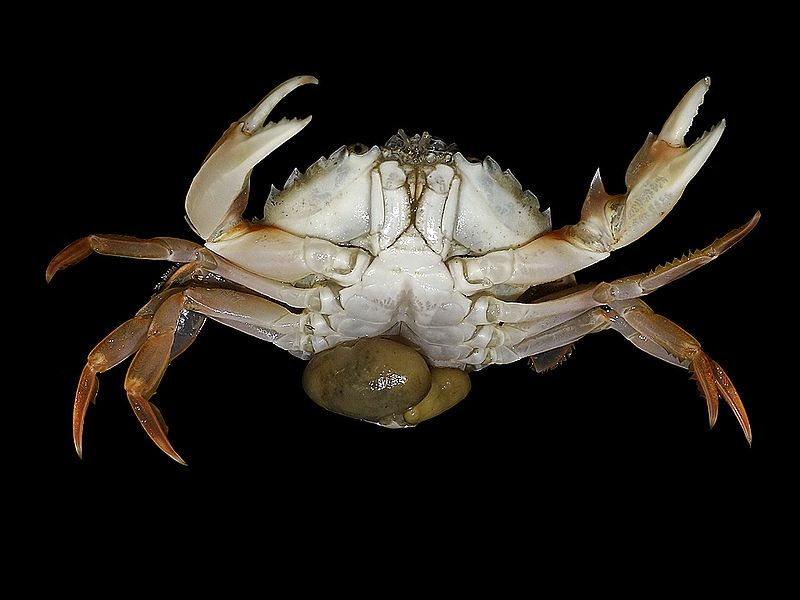 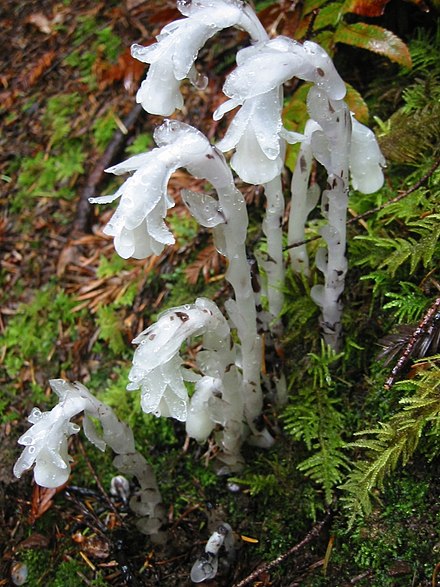 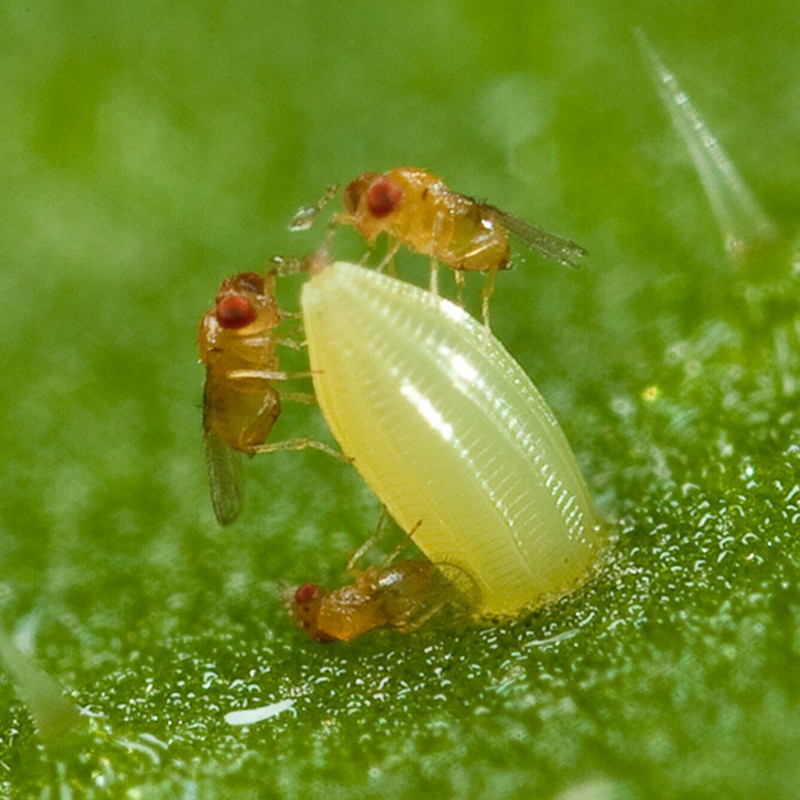 8 ants a-milking (I snuck in a mutualism! Deal with it!) 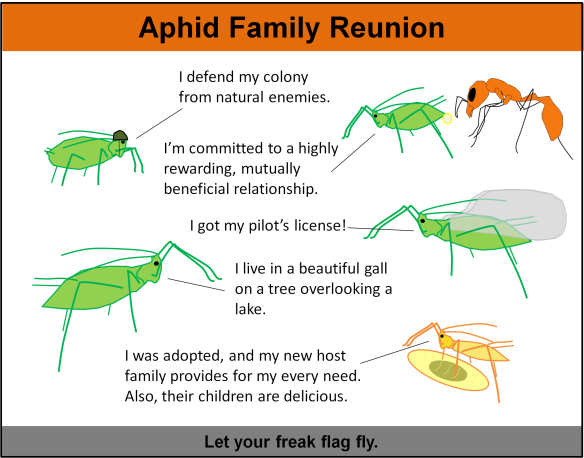 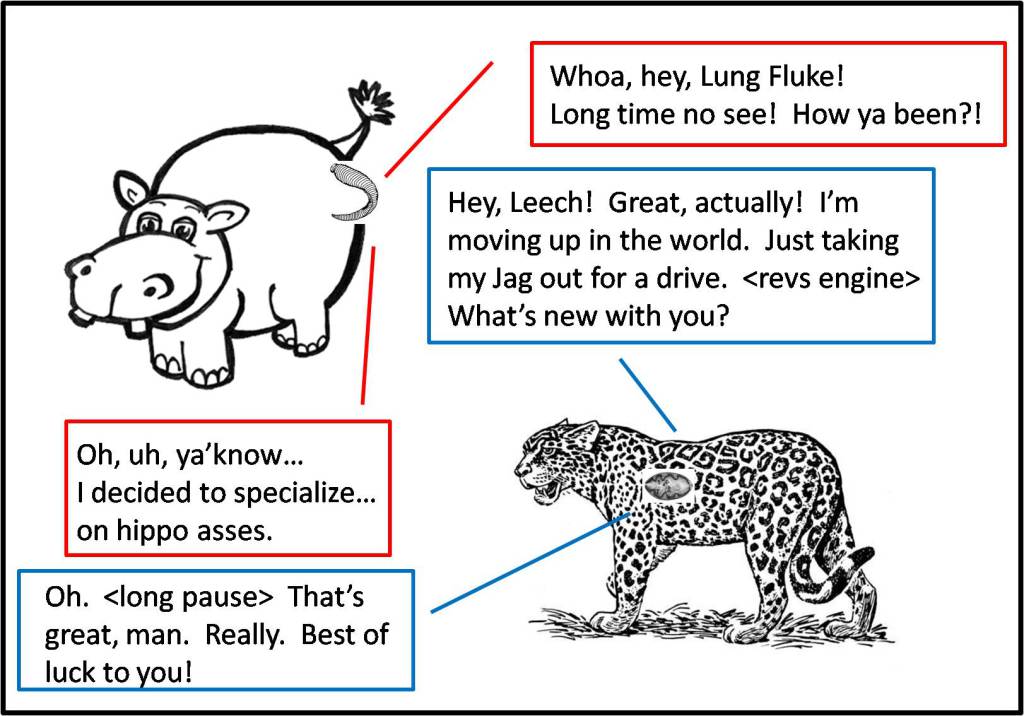 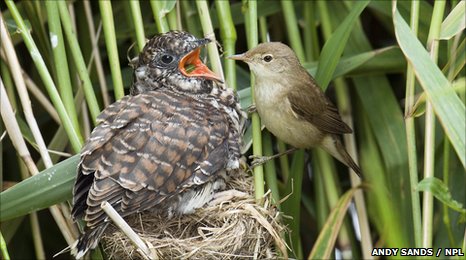 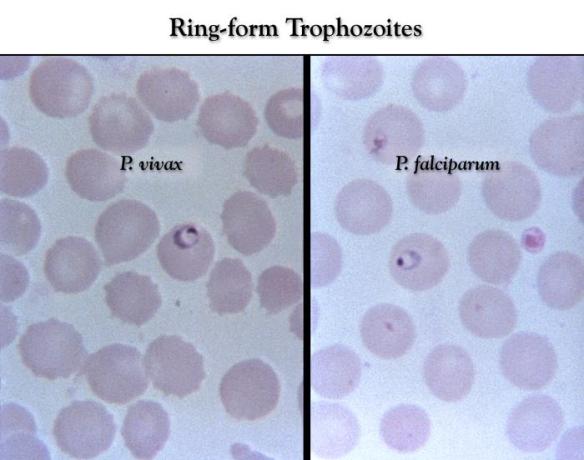 (One hundred and) 4 Galapagos lice on birds 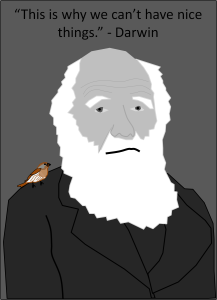 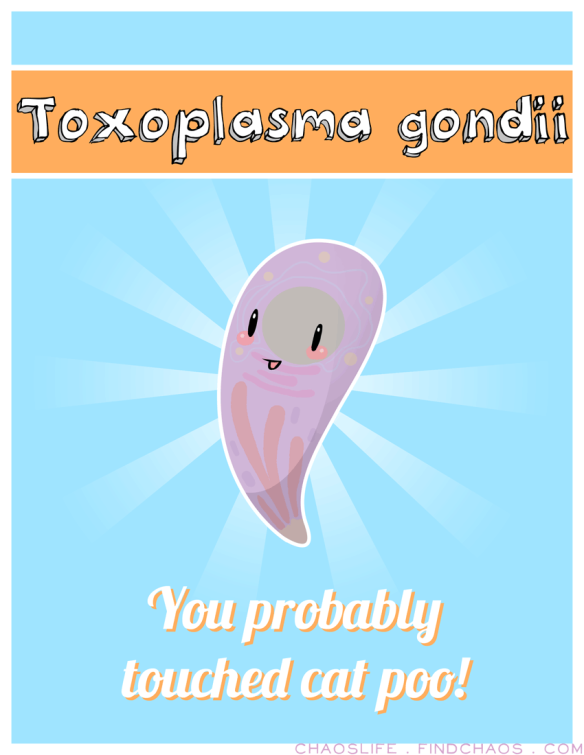 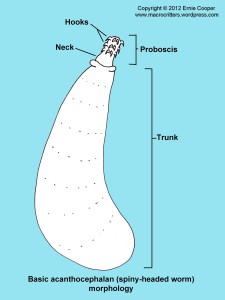 And a partridge that was covered in fleas!

The partridge lives in the Pear tree -but what lives on the partridge?
well the flea Ceratophyllus (Emmareus) garei is one such species #animalsofchristmas #museumadvent. check out @NHM_Digitise for amazing high res images of fleas #christmas pic.twitter.com/67Z6IinMX0

If you’re looking for more Christmas-themed parasite topics, you can check out my mistletoe-themed version of Twas the Night Before Christmas or my take on Santa’s bizarre roof top behaviors. See y’all next year!

I meant to continue blogging about North Pole Parasites today, moving on to talk about Trichinella in polar bears, but this article by Tommy Leung reminded me that mistletoe is really the ultimate Christmas parasite. So instead, I wrote you guys a poem. Happy Holidays!

EDIT: Oh, and for cool footage, check out this video! 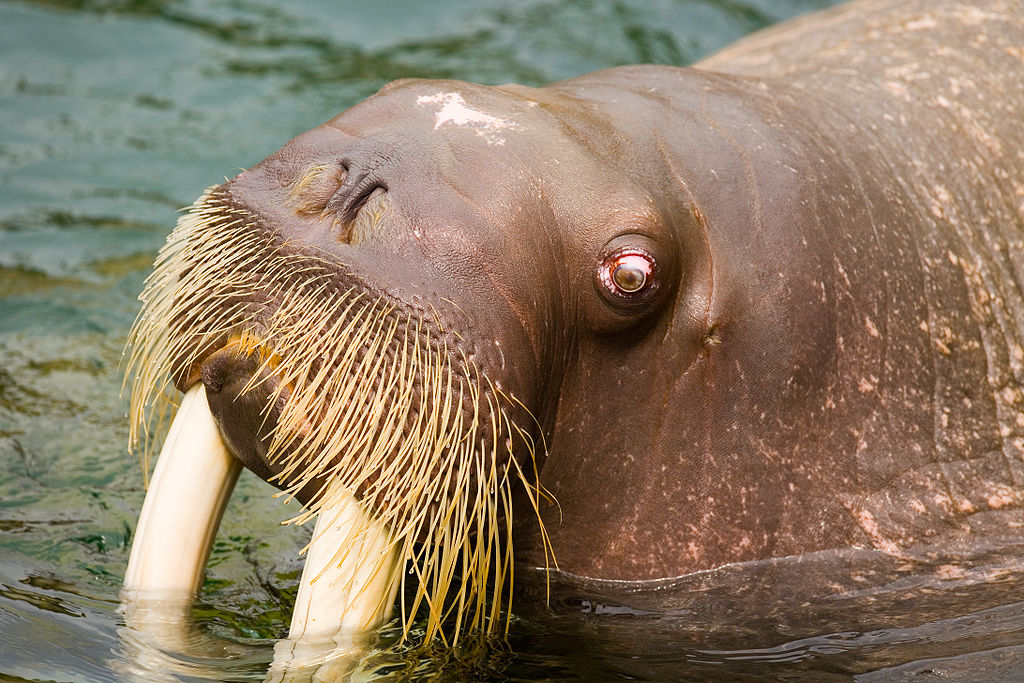 If you’ve ever wondered why walruses have mustaches, the answer is that walruses use their sensitive vibrissae whiskers to find delicious benthic organisms to snack on. But do walruses only eat stuff living on the sea floor? Why no, no they don’t. Sometimes, walruses eat seals.

Near Halloween, I read a rather spooky paper from 1960 that claimed that walruses can either be facultative or obligate seal eaters (the paper called the obligate seal-eaters “carnivores”). I haven’t seen any recent literature contradicting Fay (1960), so here is an apparently accurate bit of spooky information for you:

“The obligate carnivore has never to my knowledge been observed by a biologist; the description of this type is based entirely on verbal reports from Eskimos. The obligate carnivores or “rogues” are said to be solitary bulls that feed principally or exclusively on vertebrates. In contrast to the facultative type, which is distinguishable from non-carnivores only by the stomach contents, the obligate carnivore has often a characteristic external appearance. It is relatively lean and slender, with shoulders and forelimbs appearing unusually large and powerfully developed; the chin, neck, and breast are impregnated with oil from frequent contact with seal blubber, and the oxidized oil imparts an amber colour to these regions and to the tusks (cf. Brooks 1954, p. 57). The tusks are exceptionally long, slender, and sharp-pointed, and their labial surfaces are covered with scratches. The exceptional length of the tusks might be due to a lack of the attrition which normally shortens the tusks of benthic feeders (Fay 1955, Mansfield 1958).”

So, there are “rogue” walruses with extra long tusks running around the Arctic, practically bathing in the blubber of the seals they kill. That’s bananas! But even when we ignore the rogues, normal walruses also eat seals sometimes, especially when other prey are hard to come by. And a decade ago, Rausch et al. (2007) predicted that increased sea ice loss would drive increased seal consumption by normal walruses.

You might be wondering why epic walrus-seal battles are interesting from a parasite ecology perspective. I’ll tell you! In the Arctic, there exists a parasitic worm called Trichinella nativa that infects many mammal species, including humans. I’ll talk more about Trichinella next time, but for now, let’s focus on transmission to humans. Humans in Arctic regions sometimes eat walruses, and because cooking walrus meat is not the norm, outbreaks of Trichinella nativa sometimes occur in Arctic populations. This has not been a huge risk, historically, because walrus populations generally have low prevalences of Trichinella infection. But apparently people avoid eating rogue walruses because their high seal diets make them more likely to be wormy. Similarly, Rausch et al. (2007) warned that in a warming world, Trichinella spillover from marine mammals to humans might become more common due to increased seal consumption by facultative seal-eaters.

I’m behind on my North Pole Parasites posts! I’m traveling across the country, but I made y’all this cartoon at 11pm in a Motel 6 in Bowling Green, Kentucky. Cheers!

This year, I tried my hand at composing some Christmas carols for pond ecologists. (I suppose these will be on Volume 2 of Songs of the Pond Ecologist.) Feel free to suggest more in the comments!

5. Grandma got run over by a mollusk

I usually make cartoons digitally, but as a special Christmas gift to you, my dear audience, I’ve taken photos of some of my hand-drawn Christmas cards. Enjoy! 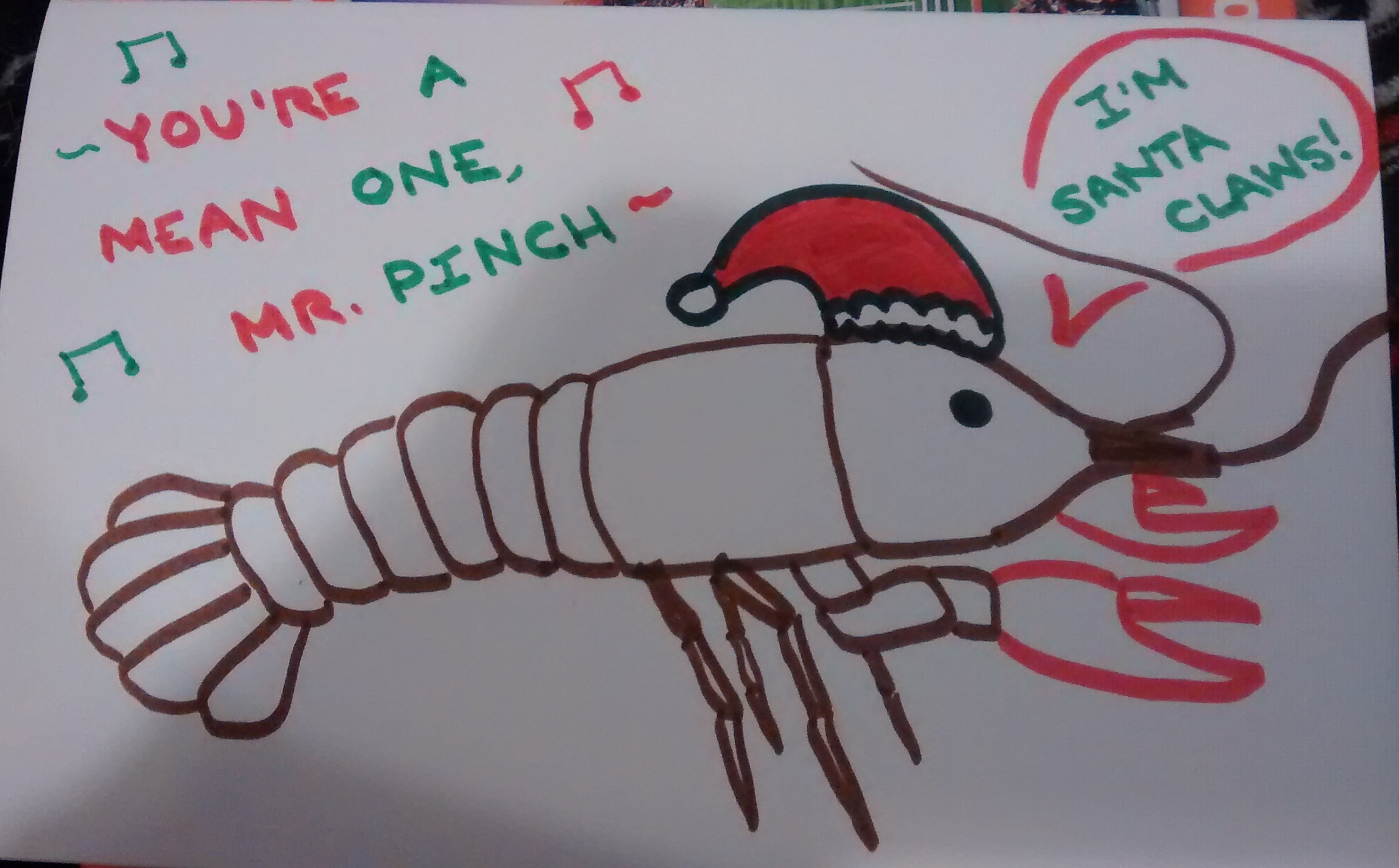 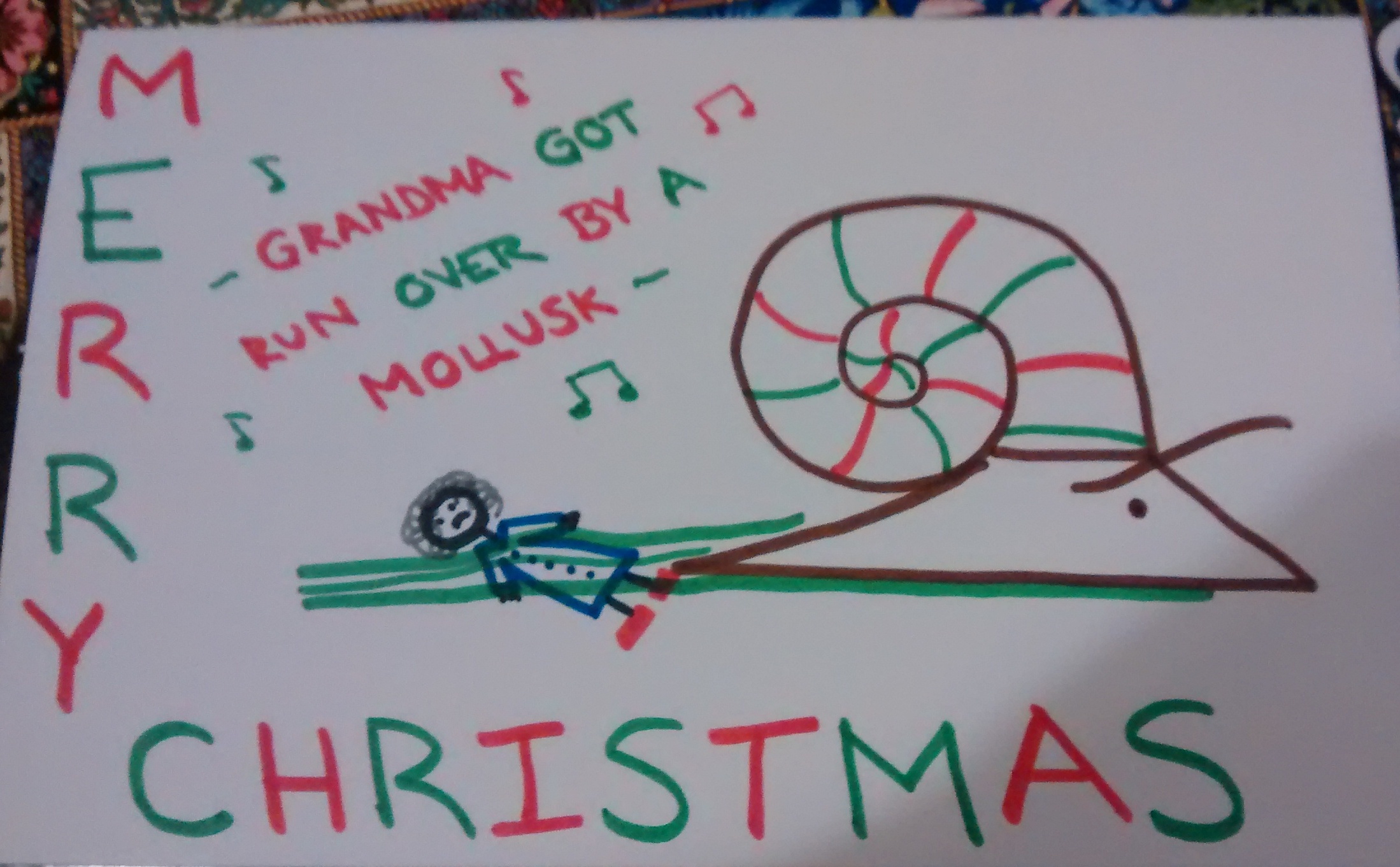 A parasite walks into an office Christmas party, and the manager shouts, “Hey! Get out! No parasites allowed!”  The parasite responds, “Wow, you’re a crappy host.”  😛 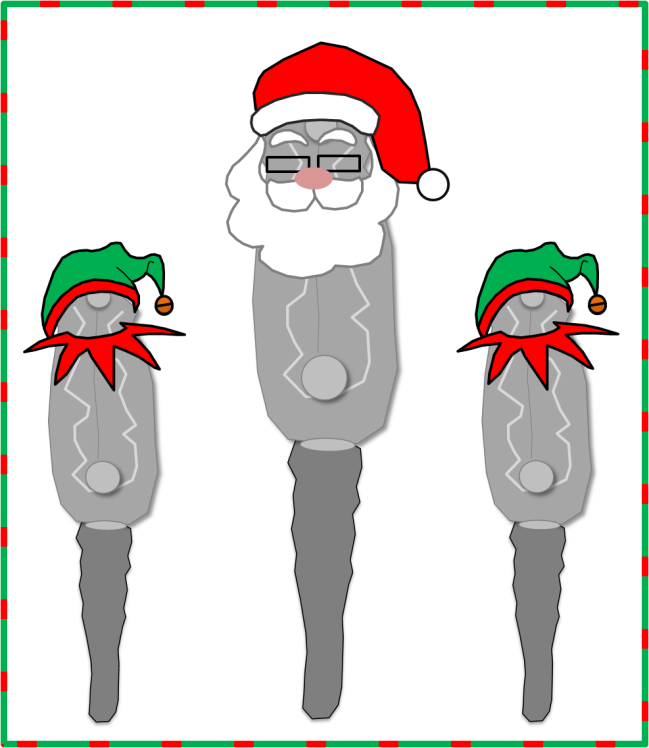