Everyone knows that black rats harboring fleas infected with Yersinia pestis (the bacterium that causes bubonic plague) were transported on ships throughout medieval Europe, spreading the Black Death and killing maybe half of the population.  Right?  Since Paul-Louis Simond proposed the idea in 1898, there’s mostly been agreement that rat fleas from black rats were the main vector of plague transmission.

Last week, I was lit searching something unrelated when I stumbled across an April 2013 paper entitled, “Rats cannot have been intermediate hosts for Yersinia pestis during medieval plague epidemics in Northern Europe.”  Wow!  In the paper, Hufthammer and Walloe (2013) argue that archaeological evidence suggests that the black rat was not widespread or abundant in Northern Europe at the time of the Black Death, so fleas from rats couldn’t be the main vector of plague.  I’m not an archaeologist, so I can’t really judge the archaeological evidence presented by Hufthammer and Walloe (2013).  But I was fascinated by the literature review that they presented, and I wanted to share some of their ideas on the blog.  Here are some of the arguments against rat-facilitated transmission, as expressed by Hufthammer and Wallow (2013) and other sources:

This is all fascinating, and I hope we see more related research in the future! 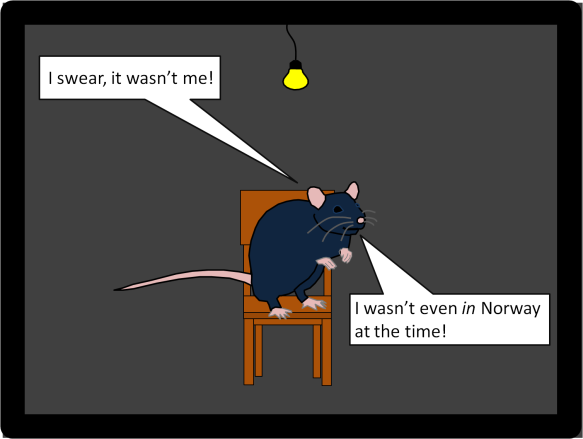 Hufthammer, A. K., and L. Walløe. 2013. Rats cannot have been intermediate hosts for Yersinia pestis during medieval plague epidemics in Northern Europe. Journal of Archaeological Science 40:1752–1759.

8 thoughts on “Did Rats Spread the Black Death?”